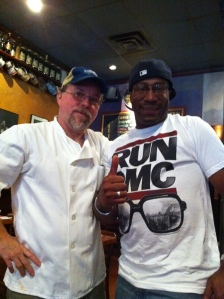 Nestled on Atlantic Ave. in cozy Cobble Hill is a small gem. The Waterfront Alehouse is a gastropub that has 2 locations, one in Brooklyn and the other in Manhattan. I’ve never been to the Manhattan location but I must say the Brooklyn location is pretty darn good! The executive chef Jim Takacs is a very creative cook and his food is delicious. As described by Zagat’s Restaurant Guide, “This is what a neighborhood saloon should be.”  It boasts a healthy rotation of local, imported, and craft beer. Chef Takacs creates an assortment of  smart dishes such as Mako shark bites with wasabi ginger slaw & hot chili sauce, and his grilled basil-garlic shrimp over gigante beans and tapenade salad. He also dares to cook wild game such as wild boar and venison. The real treat is his bread pudding. I must say, I’ve never been a fan of bread pudding, but one taste of Jim’s version and 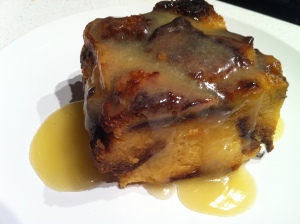 I was hooked! The flavor and texture is a cross between flan and creme brulee. I brought some home to try and De-Construct it myself (I think im getting close lol) but can’t duplicate it yet. If you are looking for good atmosphere and good food I highly recommend dropping by for a beer and some of Chef Takacs’s creations.

Update: My good friend Jim Takacs passed away on June 22 2018. I just want to express my deepest sympathies to his family and many friends. Rest in peace brother.